At this time of year when (at least here in the northern hemisphere) the clocks go back, the cycle commuter’s mind turns to lights. Usually, just after fumbling around in the bottom of the pannier whilst standing in a darkened bike shed, the realisation slowly creeps across your mind that your lights are still in the cupboard at home. Sometimes you do get lucky and find that you have remembered to bring them with you after all. However, the sense of relief is often short-lived as, when you turn on the lights, you find that the batteries are flat.

For this reason, some years ago, I decided to leave a pair of cheap lights permanently mounted on my bike. They look so tacky that no self-respecting bike thief has yet removed them. These are low powered LED flashy type things which are just enough to keep you street legal and get you home, if there is plenty of street lighting so that you can see where you are going.

Back when I was growing up, battery powered cycle lights were big clunky things, with a light output of little more than that of a candle in a jam jar. I however was the proud owner of a dynamo which I used to power the front light alone, although it was designed to power both front and rear lights. The consequence of this was that the single front light was far brighter than that of any of my friends, but bulb life was rather short. As the dynamo was of the tyre driven bottle type, which works by rubbing on the front tyre, it wasn’t just the bulbs that were short lived. Another consequence of using the dynamo was that it felt like you were cycling with the brakes on. Not that this was a problem when cycling with friends, having the brightest light meant that they tended to follow rather than race ahead on the unlit rural roads around where we lived. On nights when the moon was full, I would often ride without the dynamo running. On the rare occasions when there was a car coming I would just lean forward and just flick the dynamo on, ah those were the days.

Now I do understand that you can get hub dynamos these days. There are advantages to using these systems, such as there are no batteries to go flat and, as the lights are permanently mounted, you can’t accidentally leave them at home. But somehow they never appealed to me. This is partly due to the prospect of having to lug them around and take the drag hit all through the summer when, here in Scotland, they won’t get much use. Also, having a lot of expensive lighting attached to the bike all of the time might increase the risk of theft or vandalism.

What does appeal to me is the new LED technology, take for instance Lupine’s new Betty 12. It has seven High Power new generation LEDs with a range of power settings from 0.25W to 22W. The 0.25W setting is as bright as the brightest current conventional cycle light, but with a burn time of 336 hours (that is 2 weeks non-stop!). On the 22W setting the burn time drops to 6 hours, but the light output increases to 1400 Lumen (and no that isn’t a typo). Now to put that into context, the old Lupine Edison 10 headlamp had a 900 Lumen output, which is equivalent to a 65W HP halogen bulb (i.e. a bright car headlamp). Obviously this sort of cutting edge technology doesn’t come cheap, the Betty 12 has a list price of €990 (about £690). Now some people might consider £690 to be a tad expensive for a front light (even if you can use it as head torch for night skiing, as the Lupine web site suggests), it is more aimed at 24 hour race enthusiasts and people with deep pockets, than the everyday commuter (although Lupine try to suggest otherwise).

Oddly, Lupine only do front lights, so in my search for a more affordable front light and a matching rear light I turn to DiNotte. Ok, so the front lights only knock out between 200 and 600 Lumen (depending on model), but that still beats a candle in a jam jar and even most of the lights you will find in you local bike shop. However, what makes DiNotte special is not their front lights, no it’s the 140 Lumen rear lights. They really make a difference. 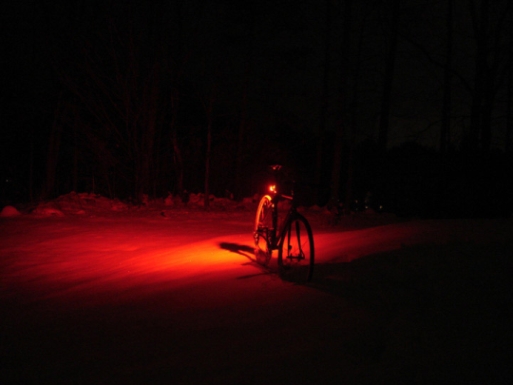 So if there is anyone reading this who would like to know what I really would like this Christmas, well this combo would do nicely… or if you really feeling generous one of these!

This site uses Akismet to reduce spam. Learn how your comment data is processed.

Half of Scots councils are ‘mismanaging’ community funds https://theferret.scot/councils-mismanaging-community-funds/

Edinburgh Council has launched a public consultation on womens safety in public places. If you live, work or visiting Edinburgh, please complete this. You matter.
CW: part of the survey asks around experience of harassment or abuse but is well flagged.

© 2022 the ubiquitous blog — Powered by WordPress

Theme by Anders Noren — Up ↑